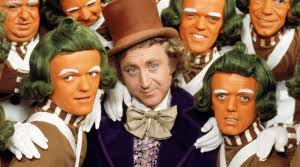 Gene Wilder, the Hollywood legend who starred in such films as “Blazing Saddles,” “Willy Wonka & The Chocolate Factory” and “Stir Crazy” has died. He was 83 years old. According to the actor’s nephew, Jordan Walker-Pearlman, Wilder’s death was due to complications from Alzheimer’s disease.

Some of Wilder’s best roles were in films directed by Mel Brooks, such as “The Producers” and “Young Frankenstein.” “We are not interested in polite titters, we want the audience rolling on the floor and falling about. Mel works on his feet — it’s a hit and miss, hit and miss, hit and miss. Then in the editing he will take out the misses,” Wilder once said of working with Brooks.

While the actor is now gone, he has left us with memorable quotes from his long career. Here are some quotes from Wilder’s personal life and his career.

Holmes Beach Florida USA
517.657.4020
ceo@trivatechgroup.com
We turn up VOIP and connectivity in hours not weeks.
Join 68 other followers
%d bloggers like this: